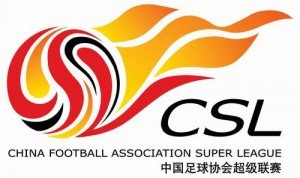 China’s FA told media on Feb. 13 that CCTV, the country’s main TV broadcaster, will continue to air Chinese Super League (CSL) in 2009, after a 3-match ban since the 28 round of the 2008 Season. In an interview with a Chinese sports journal last November , Jiang Heping, the head of CCTV’s sports channel accused players of lacking “professional ethics”, and decided to cut all reporting related with the league since then.

The new CSL season will be kicked off on March 21, with Shanghai Shenhua, Shandong Luneng and Beijing Guoan are among the favorites. While the defending champion Shandon Luneng lost their midfield general Zhou Haibin to PSV Eindhoven, Shanghai Shenhua spent over $ 8 ml USD in the transfer market this winter, snatching Mark Milligan from Newcastle United Jets in Australia’s A-League and another two players from FC MTZ-RIPO, a team in Belarusian Premier League. The Beijing Guo’an FC, or Imperial Guard, received a RMB 20 million yuan (roughly $ 2.92 million USD) boost from Beijing Municipal Bureau of Sport (BMBS) this January, and Li Weimiao, head of the Beijing Municipal Football Administrative Center, the football governing body under BMBS, became vice president of Guo’an Club.

There’s been rumors that the decision makers at General Administration of Sport in China (GASC) has been discussing whether to nationalize Chinese football by getting back clubs’ ownerships. “This could be the first step of GASC’s nationalization plan,” said Nan Fang, a former Beijing Guo’an midfielder to China Sports Review, “If they do it, they’re probably going to cross the river by feeling the stones.” Nan, co-founder and coach of Beijing Langyue Football School, attributes the futility of Chinese football to bad environment, namely fixed games and bribes in the league. “You can’t whiz everything back into the 80s. Things changed.” Aside from help fund a friendly match with world champion club Manchester Utd, BMBS will also help Guo’an develop youth players in the government-funded sports schools. “This would bring more young talents into the pool,” Nan noted. “I think the problem is whether they have enough good coaches there.”

China’s FA is currently in talks with Nike for a sponsorship deal. The sportswear manufacturer is reportedly to have prepared a 10-year-long contract for the clubs, with each club in the 2009 season could get equipments worth of RMB 5 ml and another RMB 1.5 ml fund. A lot money for some, the deal might not sound very riveting to big clubs like Beijing Guo’an, who is currently sponsored by Adidas.