Foreign Investigations into the NBA 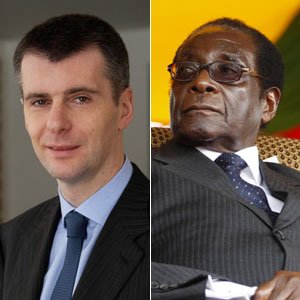 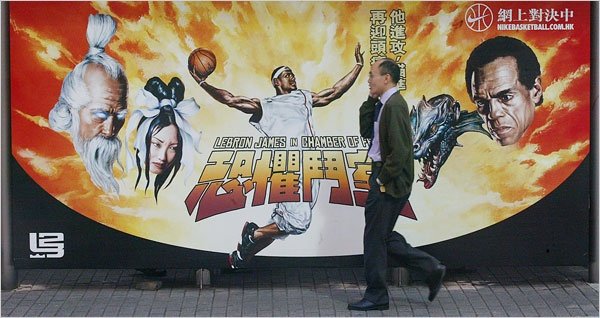 A Russian billionaire is being challenged by an American politician over previous company investments. Is this cause to also go after a Chinese investment group that is finalizing a deal to purchase the Cleveland Cavaliers?

Mikhail Prokhorov, left, is being challenged by a U.S. official over whether one of his companies was funding Zimbabwe President Robert Mugabe, right. Photo from the New York Post.

A New Jersey congressman is demanding an official inquiry into Mikhail Prokhorov, the Russian billionaire who is about purchase the New Jersey Nets, for his apparent business dealings in Zimbabwe. The move threatens to crumble the $200 million USD deal and whether the team will ultimately be moving to Brookyln.

According to the New York Post, the congressman is challenging Prokhorov on whether one of his companies violated a federal rule that forbade any United States or U.S.-based subsidiary company from doing business with current Zimbabwe President Robert Mugabe.

I bring up the challenge to Prokhorov because an investment group from Asia is still finalizing a deal to purchase a 15 percent minority stake in the Cleveland Cavaliers. The Cleveland Plain Dealer reported in 2009 that the deal is being led by Jianhua “Kenny” Huang, a Chinese businessman who has brokered deals with the New York Yankees and other U.S. sports teams in the past.

In December 2009, China Sports Review wrote an op-ed on the proposed deal to purchase a stake in the Cavaliers franchise, and asked why Albert Hung, another apparent front man connected with Huang to purchase the Cavs, and an individual with strong ties to the Communist Party, had not been subjected to any backlash by the American public in the wake of an influential CCP member investing in a U.S. sports franchise.

It would seem prudent in the wake of a U.S. government official calling out Prokhorov and his dealings in Zimbabwe that both the NBA and the Cleveland Cavaliers organization are absolutely certain there are no ghosts in the closet with the Asian investment group. Then again, maybe Prokhorov was a little too cavalier in the lead-up to finalizing the Nets deal. After all, what billionaire flashes an automatic rifle on CBS’ 60 Minutes interview and admits the reason he’s become so wealthy is by nefarious dealings in Russia?

Recent public spats over Chinese Renminbi currency appreciation have been cause enough for American politicians to cry foul when it comes to China. Huang, who has a history with American sports franchises might not be under the microscope, but there has yet to be a public disclosure of the other Asian partners involved in the deal. One can imagine NBA Commissioner David Stern is hoping his foreign investors’ pasts do not catch up with them when it comes to business in the National Basketball Association.