An op-ed article looking at the recent news reports that the Chinese government’s “investment arm” is interested in purchasing a Premier League football club.

It might be too early to call it “normal,” but since Chinese investors went after the NBA Cleveland Cavaliers basketball squad in 2009, the latest news that a Chinese investment group is now looking to purchase Liverpool F.C. doesn’t seem all that surprising. Except for the little issue over the fact that it is the China Investment Corporation, a state-owned company established in 2007 under the Ministry of Finance using 1.55 trillion RMB. The corporation is charged with managing part of the country’s foreign reserves, and is one of the world’s largest sovereign wealth funds. 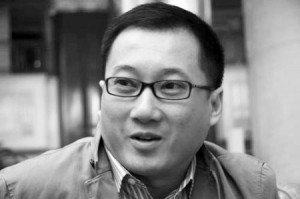 Kenneth Huang, point man for the potential purchase of Liverpool F.C. by the China Investment Corporation. Image from Shanghaiist.

The British press seems flustered at the prospect of having the financing arm of the Chinese government owning a football club. The BBC’s Beijing corespondent Chris Hogg cautioned the move by the CIC in an August 5 podcast. The Guardian questioned the decision by the CIC, calling a potential Liverpool purchase “the odd one out in the CIC investment portfolio,” given the group has invested in firms such as Coca-Cola, Apple and Motorala, but has no experience in sports teams.

According to the Telegraph, the investment group would be led by Kenneth Huang and his QSL Sports Limited company, both of which have been linked to purchasing a 15 percent stake in the Cleveland Cavaliers, bringing Tsingtao beer to the Cavs’ sports arena, as well as helping bring Yao Ming to the Houston Rockets and deals with the New York Yankees baseball organization. Huang and associate Guang Yang, executive vice president of Franklin Templeton Investments and chief investment officer of the China Life/Franklin Templeton Fund, would be in charge of day-to-day operations should Liverpool be bought, and the other Chinese investors involved in the CIC deal would have a more “passive” role in the team.

In 2009, when China Sports Review looked at the Cleveland Cavs deal with a group of Chinese investors, CSR championed Huang and the apparent front runner of the group, Albert Hung, one of the wealthiest businessmen in Hong Kong, for potentially ushering in a new era of sports investments into American athletic teams. Since then, the only attention the Cavs have received is the circus that surrounded LeBron James’ departure from the team to join the Miami Heat, and recently Shaquille O’Neal’s move to the Boston Celtics.

Even the NBA’s own reports downplayed the purchasing stake in the Cavs, and instead focused on Huang’s goals of investing more into the China Basketball Association. The Cleveland Cavaliers didn’t even bother to make it news for the organization, as it is not listed anywhere on the team’s official Web site that a Chinese company has a stake in the franchise. Tsingtao Beer is probably kicking themselves in the pants for investing in a team that’s seen its star players jump ship, and is now a Chinese beer company with exclusive distribution rights to … just another sports team in the “middle of nowhere” Ohio.

This isn’t to knock Huang, who seems to pop up in the news every few months with a potential sports deal that elicits even more raised eyebrows than the previous, particularly because China has a very limited history of investing in foreign sports teams, but I think Huang is the wrong person to focus on when talking about the potential Liverpool purchase.

It’s also naive and unnerving to see the British media challenge the CIC based on the fact that it has no previous experience in the sports world. Pardon me, Guardian’s Tania Branigan, but what is wrong with a fund that made a nearly 12 percent return on its 2009 investments now branching out into sports? 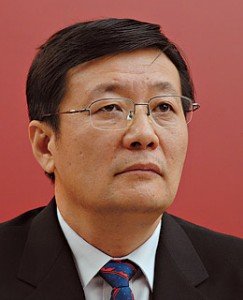 Lou Jiwei, current head of the CIC, China's former Vice Minister of Finance, and one of the country's most seasoned financial operators. Image from Time Magazine.

Maybe it’s as simple as saying CIC has a lot of money to throw around, Liverpool is in debt, and for all intents and purposes the CIC will bail them out. Maybe it has something to do with getting a foothold on a market that is currently undergoing a number of infrastructure projects — code words for serious money moving around — in preparation for the 2012 London Olympic Games. Or, given we’re looking at Liverpool, maybe it has something to do with the massive planning project recently approved for Liverpool, the largest in the United Kingdom, that will see 1.7 million square meters of the region developed. The not-for-profit Web site Merseyrail Extensions is currently documenting the expansion taking place in Liverpool, and it has managed to pull together several interesting developments — another code word for serious money moving around — taking place in Liverpool.

Given all that, I don’t have anything to back these assertions, but Lou Jiwei, China’s former vice minister of finance who now runs the CIC, just doesn’t look like a man that interested in soccer balls. In this case, the purchase of a sports franchise seems like the first step in creating a pipeline for Chinese investors into the United Kingdom, and more importantly “western Europe.”