What’s the Deal with These Stadiums?

Two years after renovaton, Beijing Mentougou Sports Center is now being demolished. The Mentougou district goverment plans to replace it with a bigger, fancier stadium.

First built in 1985,  Mentougou Sports Center covers an area of 90,000 sqm and has a capacity of 4,000. According to Jinghua Times, a Beijing paper, the office building, track, football pitch and seats still looked fairly new. 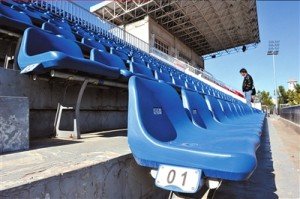 New seats in the stadium

According to Caixin, the government spent RMB 9 mln alone for the renovation of the stands in 2008, while an employee at the center said the whole renovation bill cost “more than 20 mln.” With so many equipments that can still be used for many years, it’s such a waste to tear it all down now, said the employee.

The district government argued the decision is made for the development of the Mentougou south. The area currently has around 50,000 residents and is expected to import double that number in the next few years, which will put the stadium not big enough. A staffer from the publicity department of district government declined to answer the specific cost of the 2008 renovation. 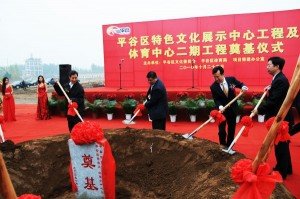 Meanwhile, in Beijing’s Pinggu district, a ground-breaking ceremony of the construction of Pinggu Sports Center 2nd phrase was held last week. With an area of 19,434 sqm, the construction project is planned to be completed by October 2012 and the Center will have an indoor stadium and a swimming stadium upon finish.