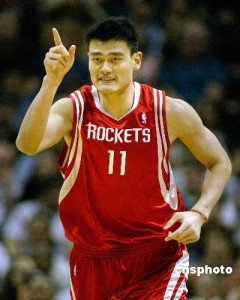 The imminent retirement of Houston Rockets’ center Yao Ming comes as no surprise to anyone who has followed the Shanghai native’s career from his early beginnings in the game. Persistent injuries over the past few seasons have allowed the towering center to only play in a handful of games. Coming off of his most recent injury, a stress fracture of his ankle, may have put the writing on the wall for the former Shanghai Sharks star.

In a recent online poll conducted by Weibo, 57 percent of the participants said they would stop watching the NBA after Yao’s retirement. A few things must be noted when analyzing this online poll as it is not exactly scientific.

First, it is not easy to know whether these participants are regular followers of the NBA or just casual fans since Yao Ming joined the league in 2002. Most likely it is the latter, but that does not mean the NBA will lose its hardcore followers in China.

Second, besides Yao being the face of the league in China, how many other players could those who took part in the poll identify? This goes back to the previous assumption that most of those that took part in the poll are casual fans. Of course, most know of Los Angeles Lakers star Kobe Bryant and the Miami Heat’s LeBron James, but are they familiar with other stars in the NBA?

Washington Wizards’ forward Yi Jianlian is in the league; however, he may not have the star power as his former teammate. Having changed teams on a couple of occasions during his time in the US, he has not been able to stamp his authority as of yet. 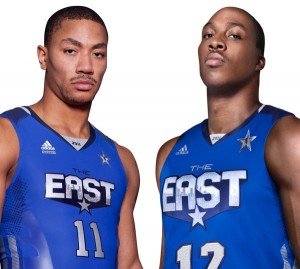 Third, China is a market that not only the NBA wants to be in, but even the players, individually, want to be in as well. Players such as Dwight Howard, Kevin Durant, Derrick Rose and Kevin Garnett choose to spend part of their summer holidays here in order to increase their profiles. Even jersey sales in China show that fans here are following other players in the league than Yao.

Yao Ming’s retirement from the NBA will be a disappointment, but it will not spell doom for the league in the Chinese market. What could spell its doom is the lingering lockout saga which sees no sign of ending.