NBA Stars Consider the CBA as an Option, but Teams May Not Take the Risk 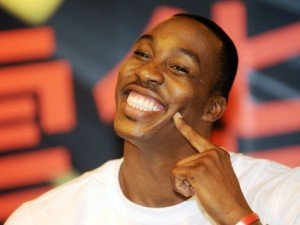 Could this man be wearing the uniform of a CBA team during the lockout?

With all of the hoopla around former Houston Rockets’ center Yao Ming’s retirement, some may have forgotten that the NBA is still in lockout mode. As players and owners still haggle over an agreement, many of the top NBA stars have had a lot of free time on their hands this summer and it looks like they will still have a lot of down time come September when teams should be heading into training camp getting ready for the new season.

So what does an NBA player do while he is banned from team facilities or contacting anyone remotely affiliated with his team? 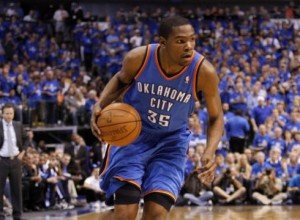 Perhaps Kevin Durant will bring his game to China for a brief period?

The Oklahoma Thunder’s star forward, Kevin Durant and Los Angeles Lakers’ guard, Kobe Bryant recently made appearances in China hosting basketball clinics. Bryant’s teammate, Pau Gasol and newly crowned NBA champion, Dirk Nowitzki, are back in Europe with their respective national squads preparing the 2011 European Basketball Championships. Meanwhile, KFC is trying to entice one of their former employees, the Miami Heat’s Dwyane Wade, to comeback and work for them.

Despite all of the tours or international basketball ongoing at the moment, the big question is what will these players do come September if there is still no end to the lockout? Some players are already considering playing basketball elsewhere in the world.

This is only the beginning as more players maybe looking to what options they have overseas in order to stay fit while negotiators try to hammer out a new agreement.

Some serious thinking is needed by CBA teams

While many basketball fans in China maybe drooling over the idea of having a few top NBA stars in China’s top league, one needs to take a step back and be totally realistic about this prospect.

First, a CBA team signing a player the likes of Howard, Durant or anyone else would be a huge coup and most likely fill arenas in every CBA city. However, teams are probably considering whether it would be worth the gamble offering a lot of money to a player when the lockout could possibly end at any point. It would definitely be a poor investment on the part of a CBA team to part with so much money. Certainly, many of these teams are also wary of the whole Steve Francis fiasco during the previous season.

If anything, the CBA teams would most likely pursue offering a contract to a host of NBA free agents that are on the market. The likes of Russian Andrei Kirilenko, Tyson Chandler and, yes, Yao Ming’s former teammates in Houston, Tracy McGrady and Shane Battier are in the pool of players possibly looking for new teams. Perhaps a stint over in the ‘Middle Kingdom’ would be useful for them.

Second, if any of the top NBA players are strongly considering to play in China during the lockout, they have to realize that there are only a few big market cities in the country. Beijing, Shanghai and Guangzhou can certainly provide these players with a rather comfortable life off the court, but would any of them be willing to sign for teams in Liaoning, Jilin or Shanxi?

In addition, how will the players adapt to the lack of luxuries they receive while playing in the American ‘Association’? They have to face the reality of playing in cold gyms, changing in makeshift locker rooms and possibly sharing a room with a teammate while on the road. These are certainly things they haven’t experienced since high school. There is going to be a lot they will have to sacrifice and adapt to if they choose to play in China. 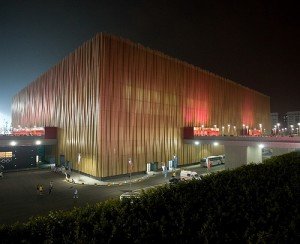 Wukesong Basketball Arena: NBA players won't be seeing the inside of this place

Third, there is no guarantee that fans will see any of the top NBA stars in the league due to the strict rules that are imposed on teams by the CBA. With the number of foreign players allowed on each team limited, the amount of minutes they can play limited and a strict salary cap imposed, this could lead to most players looking to the European leagues or other places to play.

While it may seem like a smashing idea to have the rare opportunity of a star NBA player on a CBA roster during the lockout, fans should not hold their breath on this. It going to be a long time until there is confirmation that the 2011-2012 NBA season will be canceled and a few of the well-known ballers signing contracts with teams here.

For the Record Sports