The Rise of the Super Clubs in the China Super League 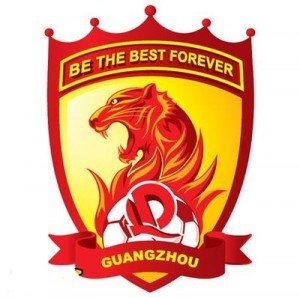 Newly crowned champions. Could this be the beginning of a dynasty?

China Super League side Guangzhou Evergrande pulled off a feat that is very rare in football. The Guangdong Province based club have become the first team in China (probably Asia as well) to win the first division title after promotion from the second division. Looking back in football history German Bundesliga club FC Kaiserslautern seem to be the only other club to pull this off back in 1998.

Relegated to the second division last season after being implicated in a match-fixing scandal, the club received new investment from property firm, Evergrande Real Estate Group, which set out to bring the top Chinese players. Players such as Chinese internationals Gao Lin, Zheng Zhi and Sun Xiang followed the club down to the second division and became the catalyst in their quick return to the top division. 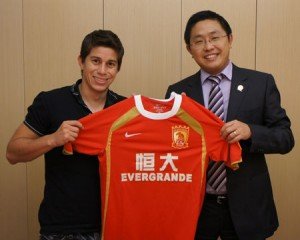 Dario Conca. High-profile buy for the club that could see a swell of other players join up in the future

Making it back to the top division the spending did not stop there. The club spent massive amounts of money on talent from abroad by signing Brazilian Cleo and then topped it off by signing Argentine Dario Conca from Brazilian side Fluminese.

While the amount of money the new league champions spent on these players pales in comparison to what European clubs like Chelsea, Manchester United, Real Madrid and AC Milan spend every summer, it does bring a lot of attention to those on the Asian continent. At a time when teams in Japan’s J-League, South Korea’s K-League and Middle Eastern clubs would most likely have the chance of signing top players, China is now emerging as a viable competitor.

This also brings up a question. Could Guangzhou become the first of a host of “super” clubs in the China Super League? With recent investments in the game by the Wanda Group and Evergrande, there is hope that the league as well as football in China, in general, will see some improvements.

So, where can these other “super clubs” come from? As the CITIC Group is the sponsor for former champions Beijing Guoan FC, there would be no problem for the capital club to make further investment to take the league crown from the southerners. Tianjin Teda, Shanghai Shenhua, and, possibly, Hangzhou Greentown could elevate themselves to that status if owners were willing to put more money into their clubs by signing top players and coaches.

There are risks, of course, when more money is invested in clubs and success is not achieved. This is one of the problems that has led to the downfall of many teams in Europe. Clubs such as Nottingham Forest, Leeds United and Sheffield Wednesday, EPL regulars in the past, fell on hard times by spending beyond their own means just to keep up with the bigger clubs. The CFA must make sure that spending does not get out of hand in the league.

Football in China could be starting to put past scandals behind themselves and some clubs seem to be offering an improved product on the pitch. However, there is still a long way to go. If there is continued investment in the game, then perhaps China could have its first club lift the Asian Champions League trophy in the near future.