In part one of this seven-point plan, the media’s role in promoting the league, the CBA front office’s responsibility in improving the quality of officiating and the establishment of an Asia wide basketball league based on the concept of the Euroleague were proposed. The last four parts of this proposal focuses on the All-Star Game, player development, free agency (if there is such a thing in the CBA) and the fans.

Having attended last season’s CBA All-Star Game at the Wukesong Basketball Arena (now known as the Mastercard Center) an empty feeling was left from what was expected to be an exciting evening. While it was interesting to see imports Quincy Douby and Stephon Marbury try to one up each other in scoring, the rest of the game seemed rather lackluster. The players were just going through the motions as most were gearing up for the playoffs.

While it pales in comparison to the NBA’s version, league officials, sponsors and organizers can do much more to make it an entertaining evening for fans and players. First, instead of scheduling the game at the end of the regular season, arrange at the midway point. It would not hurt the league if they put the regular season on hold for one week.

Second, make the All-Star more fan interactive. Arrange some activities outside of the host city’s arena. Allow them access to the players for pics, autographs and maybe arrange a friendly game between some of the players and a few fans who may have won a contest arranged by a sponsor. This is what keeps the fans coming back and they will more likely remember that moment than just sitting in a cold arena watching a meaningless game. 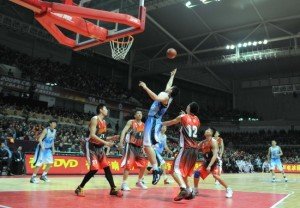 Third, in regards to the game itself, how about putting something on the line that will get players to be more competitive. The best thing to put on the line is that the winning conference gets home court advantage in the CBA Finals. How many players with teams in playoff position would kill for that incentive? Though I am not much of a fan of Major League Baseball, it has worked for them. Doing this will also make the players feel like they are doing something to promote the league.

This cannot be asking too much.

5) Development of younger talent must be changed

This has always been a contentious issue among basketball experts and it is one that will not end at any point in the future. The sport system in China has had it successes as attested to by the country’s improvement in the medal standings in international events such as the Summer Olympics. However, sports such as basketball have to be approached differently.

An interesting article written by a group of students from the University of Pennsylvania provides good detail as to how talent is selected. Basketball talent cannot be determined from a young age. It takes time for potential talent to be noticed and, on occasion, some late bloomers in the sport are found. CBA teams could be selling themselves short if they overlook players who could be stars for their teams. This leads to player development.

The development of China’s basketball talent must be approached from multiple angles. Sports schools will always have a role in the development of basketball players, but they cannot develop all of them. Interscholastic sports programs at high school level could play a role in developing future players for the national teams. Of course education is strongly emphasized, but having student-athletes has not hurt the opportunities for those in other countries.

In addition, the national body should look into developing an amateur basketball league similar to the United States’ Amateur Athletic Union. By establishing an amateur league, players of the same age can be put into competition against one another in actual games which will enhance many facets of their skills with proper coaching. More importantly, a well run amateur league can increase the player pool that the league and the national team needs.

6) Eliminate the nonsensical points system from the league

Does a basketball league really need to award points to a team after their games? It’s one thing to do it in football or ice hockey, but to use it in basketball standings is just ridiculous. If anything, the CBA’s use of awarding points is rather confusing. Basketball is a game of wins and losses. A points system is not needed to determine which teams should enter the playoffs. The league can set the standings based on win-loss percentage. Should two teams be tied at the end of the season for a playoff spot (use the final playoff spot as an example), then look at who has the better record in head-to-head games.

The league can make it easier on themselves and avoid any controversy if they just nix the points systems forever.

It’s no secret that sports leagues around the world survive on fans showing up to games, buying merchandise and showing undying support to their local teams, no matter win or lose. The CBA and its teams should recognize this and show their gratitude in return.

If the league wants to grow and maintain their fan base, they need to encourage the teams to do more in their respective cities. Have players visit schools, organize community outreach programs, basketball camps for youths and other activities to show the fans that their support is much appreciated.

Players can also be proactive and do these things themselves. Back in 2002, Boston Celtics forward Kevin Garnett, when he was playing with the Minnesota Timberwolves, was concerned about the enthusiasm of the home fans. It believed it wasn’t loud enough in the Target Center. What did he do? He bought drinks for the first 10,000 fans that came to the arena for their next home game. That may not be a huge gesture, but it is one that fans will be remember for many years. 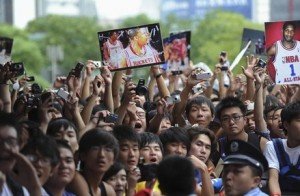 The CBA may not come across problems such a player strikes or lockouts, but they have to do much more to keep fans satisfied.

It is no doubt that basketball is used as a tool for national pride. That is understandable. However, unless the domestic league makes the necessary changes to improve, the chances of the national team progressing further in international competition will slowly dwindle. Some basketball officials maybe starting to see this, but they have to step up reforms in the game as soon as possible or future basketball stars and a thriving league could be lost.