Where Are The Evil Empires Among China’s Sports Teams? 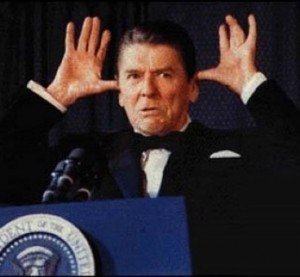 ‘Evil Empire’: Two words from former US president Ronald Reagan that would later become a part of sport history

On March 8, 1983, in Orlando, Florida, former United States President Ronald Reagan gave a speech where he was first recorded to have said the phrase “evil empire”. At that time tensions between the US and the Soviet Union were at an all time high and it seemed that the Cold War would continue well on into the next millennium.

Fast forward to the present time and we find ourselves living in a much different world. However, that one phrase, over time, has become a popular term used in sport, primarily in the US. Major League Baseball powerhouse the New York Yankees have regularly been associated with the name. Even in some corners of the world some people claim that English Premier League side Manchester United are just as much an evil empire as the Yankees.

So, you might be asking yourself, what qualifies a team to be graced with the name? It is basically set on three criteria: one, the team is loaded with money; two, they are able to woo many of the top players onto their teams without even breaking a sweat (in this age of technology some teams probably just send an offer through text message); third, they always win.

Since the era of professionalism entered into Chinese sport, many of the current clubs have labored to bring in quality talent from abroad to enhance their teams chance of winning titles. However, as the Chinese economy has rapidly grown, many companies or individuals have found an interest in owning a professional franchise, or at least providing financial support. With this new money come increased interest in not only bringing in the best players and coaches, it also means that teams want to dominate the sport they are in, no matter it be in the country or internationally.

So, which sports teams in China could be flirting with having the title of ‘evil empire’ attached to them? Five come to mind and each have their own reasons. 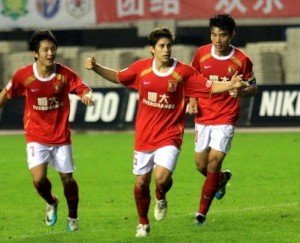 If you think winning the CSL crown was enough for Evergrande, just wait to see what else they have in store

1) Guangzhou Evergrande FC
Reasons that make them a candidate for the ‘evil empire’ tag:

- Receives financial backing from the Evergrande Real Estate Group, one of the largest real estate developers in the country.

- Relegated to the second division, the team showed how much financial clout they had by signing Chinese internationals Gao Lin, Zheng Zhi and Sun Xiang. They made a domestic record-breaking transfer by signing Brazilian Muriqui.

- Upon being promoted as champions of the second division, the club spent more money by signing Brazilian Cleo and Argentine Dario Conca.

- Has vowed that they would not only dominate the China Super League, but they have ambitious plans to conquer Asia as well by becoming the first Chinese club to win the AFC Asian Champions League.

- They have money and they are not in the least afraid to spend it.

2) Guangdong Southern Tigers
Reasons that make them a candidate for the ‘evil empire’ tag:

-They are the reigning China Basketball Association champions

-On the verge of tying rival Bayi Rockets record of most CBA titles which stands at eight. They could possibly surpass it with the talent they have on the team. Speaking of talent…

-They have the best domestic players in the league accompanied by quality foreign imports. It almost seems like they have factory down there. One set of players go out and a new crop of younger players come in and keep the championship run going.

- They realize they do not have to be the best team, regular season-wise, but when the playoffs come around, they find a way annihilate their opponents (just ask the Xinjiang Flying Tigers about that).

- It is just simple, they win and fans from other teams hate it when another team in just that dominant.

3) Xinjiang Flying Tigers
Reasons that make them a candidate for the ‘evil empire’ tag:

- As with most other teams that have been blessed with the name, they have a lot of money and spend on hiring mercenaries.

- Because they have a lot of money they can virtually sign any players they want in hopes of finally clinching their first CBA championship (examples, Quincy Douby, Kenyon Martin).

- They have enough money to bring in two of China’s big men to capture the title (Mengke Bateer and Tang Zhengdong).

- They have thrown a pile of cash in front of China’s men’s basketball team coach Bob Donewald Jr. to help them get their championship. 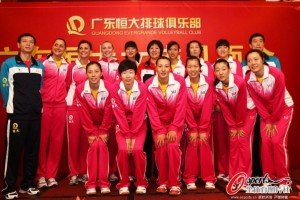 Evergrande not only wants to dominate football, but volleyball is also in their plans for domestic sport domination

4) Guangdong Evergrande Women’s Volleyball Club
Reasons that make them a candidate for the ‘evil empire’ tag:

- Owned by the same group that operates the football club.

- Has the coach that brought the Chinese women’s national volleyball squad back into prominence, (Jenny)Lang Ping, in hopes that her leadership will guide the club to many championships. 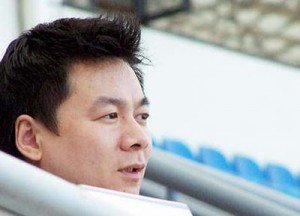 5) Shanghai Shenhua FC
Reasons that make them a candidate for the ‘evil empire’ tag:

- Two words, Zhu Jun (朱骏), the eccentric chairman of the East China based club is in the headlines more than the team. Most can remember is brief appearance on the pitch in an exhibition match against English Premier League side Liverpool FC. Zhu can almost be considered the George Steinbrenner of sport executives in China.

- Before the emergence of Evergrande, Shenhua was the most talked about and hated team in the China Super League. Now, they maybe getting that moniker back after signing Frenchman Nicolas Anelka. They seem close to signing French manager Jean Tigana and, if there still any money left, they might be going after another well-known footballer (no speculation coming from this post).

- You can be sure that there is never a dull moment at Hongkou. The chairman’s huge sale of players back in 2009 and his constant change in managers are just two examples. With the impending arrival of Anelka and others, this could make the dramtics that happen at Shenhua next season even more exciting.

Evil empires are what make sport exciting to watch and follow. They are the ones that get us out to the stadiums and arenas around the world just to show our disgust for them for two or three hours. They are the reasons why people call into sports radio shows and write on the internet. We just love to hate them. This is what could be a huge boost for the sports leagues in China and there are a number of teams that could fill that role very well.

Whether any team is up for the challenge of taking on that role is question we will just have to wait on.