FC Barcelona and China Find Hope in Each Other 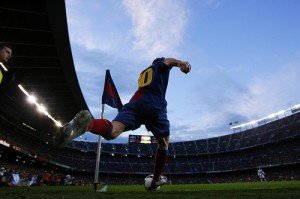 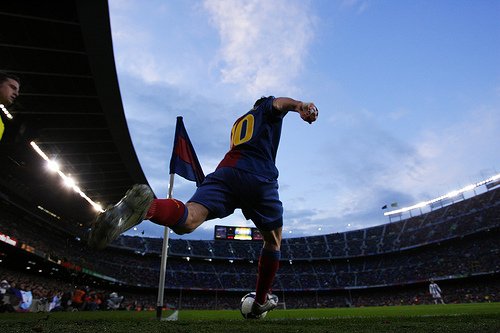 FC Barcelona, the club who plays the most beautiful football in the world, is building its success in China, and they’re approaching the market in a way that no other club has done before.

Last month, Sandro Rosell, Barça’s new president, was traveling in China with his colleagues. Unlike others, their trip was not about friendly games or cooperation with local clubs, but laying down guanxi with Chinese politicians and clenching a business deal with a giant Internet firm.

Few other club is doing what Barça’s doing, which may help them working with the Chinese government rather than merely a local club, and reaching out to Chinese fans like they owe them.

Their fierce rival, Read Madrid, is the only club who plans to provide help to a football academy soon to be launched by a local club. Among all the elites, only Liverpool FC is officially engaging the fans here on Chinese micro-blogging platform on their own, a strategy only began this July, as most clubs accounts are still managed by Chinese media and fan groups.

During their stay, Mr.Rosell met the heads of the Ministry of Education in Beijing, municipal officials in Shanghai, who are in need of their help in developing its local football structure.

If one stop could best highlight their China visit, the Barça delegation spent a night at a fundraiser hosted by China Foundation for Disabled Persons, which run under the leadership of Deng Pufang, the first son of Deng Xiaoping, the former paramount leader of China. And Liu Yandong, China’s State Councilor and the only female Politburo member, serves as an honorary director of the foundation.

Yet there’s something more than fundraising to both parties, as Ms.Liu is officially the woman behind the reshuffle of Chinese football and for several times declared her interest in building up the football structure at ground-level through education, which they may seek Barça’s assistance with their La Masia model, the club’s famed football academy.

Since Xi Jinping, China’s hair-apparent, declared his high hopes for Chinese football in 2009, Liu assumed the governing role in the State Council’s ‘football investigation and research group’ to solve the puzzle of the sport.

But football further tumbled in the country. This June, the Chinese national men’s U-23 team failed to get a ticket to the London Olympics and, as if it’s not enough, the national team was disqualified from the 2014 World Cup in October.

The situation is very likely to continue. According to the Chinese Football Association, there’s only about 3,000 registered players nationwide under the age of 19. The number of football academies has been dwindling. Liaoning province, once a football powerhouse that had 21 academies ten years ago, now has none.

“If we have to do something with China, it’s better to do with the authorities,” said Laurent Colette, Barça’s chief marketing officer, in their meeting with the heads of Ministry of Education, adding it’s possible that the clubs may open academies in China, like they did in Japan and Korea.

“I think it’s a positive message coming from the central government,” said Xia Haifeng, chairman of Inter Sports, a state-owned firm founded by the Beijing government, and the exact company who arranged Barça’s China visit. “It’s good to talk about education rather than gold medals.”

Inter Sports was founded in 2005 under the mission of “importing major International competitions to the ‘Bird’s Nest’ and ‘Water Cube’”, architectural emblems of the Beijing Olympics invested by the Beijing government.

Barça’s revenue last year hit 460 mln euros, in which only less than one percent come from the Chinese market, despite the country holds 30 percent of its fans worldwide, according to the club’s own market research numbers.

These 30 percent are nowhere to be found on Facebook or Twitter, as the two social-networking services are still blocked by the Chinese authorities.

But fans here have their own ways to follow their football heroes. On Tencent Weibo, a popular micro-blogging platform, Lionel Messi has over 14 million followers, seven times the size of Barça’s official account on Twitter.

The club signed an agreement with Tencent, which makes available the company’s 900 millon QQ users within reach, a deal that was “very satisfied” by Didac Lee, Barça’s director of new technology, who noted that the club plans to sell smart-phone apps to its Chinese fans in the future, a move that no other club ventured.

“The Internet is the best way for us to be 24-7 in China. Summer tours make a lot of money on a few days, but it’s not the best way to make loyal supporters,” said Didac.

“It’s like working out in a gym here,” Laurent stretches his arms. “First you open your arms to expand your fan base, to be sure that you reach all the possible fans here through TV, Internet, press and so on. Then to monetize, which is to create a financial link to transfer your fans into business.”

“It’s Barça 2.0 in China now”, said Xia Haifeng, who arranged the club’s friendly game in China last year in the ‘Bird’s Nest’. “Football fans here take a lot less interest in friendlies than they did before.”

“We did that in the past and don’t like that,” said Laurent. “Summer tours should be only a part of what we do here. We’ll reach the fans by 360 degree marketing to make sure this snowballing effect cast the football followers with contact and information about us, and little by little they have more reasons to become our fans.”

“Our plan in China is not to come, take the money and run,”said Mr.Rosell to TV3, a Catalan broadcaster,. “It’s, first of all, to know what and how we can offer to them, making as many Barça supporters as possible. In the long term, our goal is to monetize from those supporters.”

Just like the way they behave in the transfer market, the Catalans are clear and patient about what they should do.

“We’re not going to get crazy about China, ”said Xavier Faus, the club’s vice president, when speaking about the broadcasting time in La Liga, as the team usually plays in the early morning around 3am in Beijing time. “We cannot, in order to gain 1m euro here, lose 5m in our own market.”

Barça plans to host its first summer camp next summer in Beijing, but they may not be able to offer remedy as the government intended for the demise of Chinese soccer.