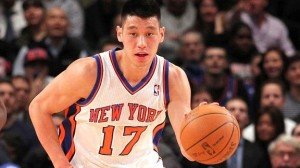 Almost any professional athlete can tell you that it is not easy to satisfy your supporters wherever you may play. That is certainly a fact for any athlete that has ever played in New York City, one of the biggest markets for professional sports in America. No matter if you are a fan of the New York Yankees of Major League Baseball, the New York Rangers of the National Hockey League or any of the teams based in the northeast US State, only one thing matters and that is winning.

The National Basketball Association’s New York Knicks are also in that category. After several seasons of mediocre play and missing the playoffs, the front office decided to make some personnel changes to make them a contender once again for the NBA crown. First, in 2010, they signed former Phoenix Suns forward/center Amar’e Stoudemire to a lucrative contract. Then, in the next year, the team brings in Carmelo Anthony after completing a multi-player trade. Add in the signing of center Tyson Chandler, after helping the Dallas Mavericks win their first NBA title, as well as guard Baron Davis and you have potentially a team that can be a serious contender for the title.

However, the lockout shortened season has been a bit of an up and down time for the Knicks, as inconsistent play and a rash of injuries has them struggling to even compete for spot in the playoffs (they are currently 10-15 this season). This has put Coach Mike D’Antoni in hot water not only with fans, but the front office is even starting to wonder whether he is the right man to lead this team’s supposed renaissance.

So, what does one do when you are getting no offensive spark from your starting five and your job is on the line? You call on the guy who was signed off waivers in December last year. The guy who was so far down on the depth chart that even the water boy had more of a chance for playing time. 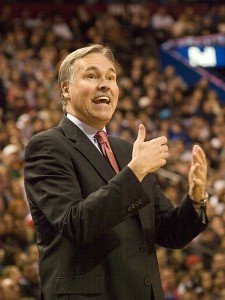 Trying to avoid the chop, Knicks Coach Mike D’Antoni has called on Lin to add some spark to a spurtering offense

That guy is Jeremy Lin (林書豪). The California native has taken advantage of his rare opportunity to play more and in the past two games he has been the central reason for the Knicks’ victories. Now, the undrafted guard has become an overnight sensation to fans at Madison Square Garden if his performance against the Utah Jazz is enough proof (not to mention his 25 point and seven assist performance against the New Jersey Nets two nights before).

Lin’s story is known by most basketball fans. A heralded high school basketball player in California, the 1.91 meter tall point guard was not offered a scholarship by any of the top NCAA basketball programs in his home state. So, Lin took his game to Harvard University, which gave him the chance to show how good of a player he is on the national stage.

Signed by the Golden State Warriors after going undrafted in 2010, Lin would see limited time on the court as the guard spots were occupied by Monta Ellis and Stephen Curry. However, he was a highly popular figure among the Warrior fans, as he was born and raised in the area. With the guard spots already at full strength, the Palo Alto High School graduate had to find a new team. After a short stint with the Houston Rockets, where he could have been a great addition to the team, he landed in New York and the rest, well, it is not history yet, but it sure is exciting to watch him play.

Lin’s sudden rise to the NBA spotlight should be no surprise. The guy is very talented and many coaches and officials have either complimented him or regretted not recruiting him while he was pursuing a college team (here, here and here). Lin kind of reminds you of Steve Nash. A young point guard with loads of talent, but not given the chance to show. However, an opportunity opens up and takes advantage of it in a big way. 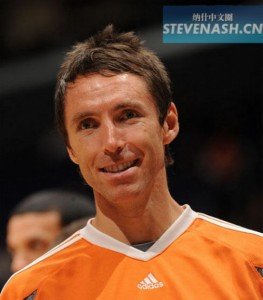 Could Lin be te next Steve Nash of the NBA? Only time will tell

Will Jeremy Lin be the long term solution for the Knicks as they try to reach the top of the NBA mountain? At the moment it is uncertain. However, he has not only become a star who has earned the right to play day in and day out for New York, he has now become an inspiration for the young ballers out on the courts anywhere in China trying to imitate moves they see on TV.

Should this be Lin’s only season in New York, it certainly will have been a good one and one that has done more than enough for him to earn a long term contract with another NBA team in need of his skill, drive and determination.