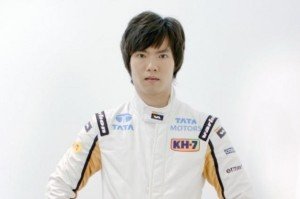 With the Formula One season well underway and the 2012 edition of the Chinese Grand Prix approaching, the sport in China received a shot in the arm when it was reported that former national kart champion Ma Qing Hua was accepted into HRT’s driver development program on Thursday.

Whether he makes it through the rigorous training remains to be seen, but the Shanghai native’s step into Formula One could be what the sport needs to raise its profile in China, if he can successfully make it on the team as a driver.

While most people are familiar with Lewis Hamilton, Fernando Alonso, Sebastian Vettel and racing legend Michael Schumacher, there still remains no representative from the world’s most populous country in the premier racing series. The high price of tickets and the lack of a casual fan base can be added into the equation, but the lack of a driver representing the country in the race is what is preventing F-1 from progressing.

The last Chinese racer to have a shot at F-1 glory was Dutch born Ho-Pin Tung who was signed on by the Renault F-1 team in 2010 as it thrid driver. 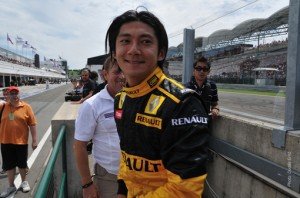 While HRT-Cosworth is not one of the top teams in Formula One like McClaren, Ferrari or Red Bull, and it is doubtful that they will ever win a world championship, the Spanish based side does see itself more as a launch pad for young drivers, like Ma, to pursue their dreams in making it into F-1, according to its team leader Luis Perez-Sala:

We are working so that one of the team’s signs of identity is to serve as a platform to launch young drivers, both nationally and internationally. Ma Qing Hua is one those talents in which we believe and we want to help him in his career so that he can make it to Formula One.

It will take months before there is any result known about last year’s Chinese Touring Car champion, but he has made a step in the right direction towards his dream of joining the elite on some of the finest race courses in the world.