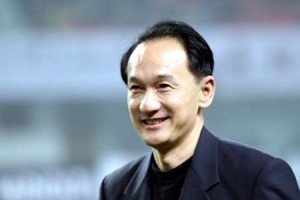 The trials of former Chinese Football Association heads Xie Yalong and Nan Yong got underway in separate venues in Liaoning Province along with the trials of four former players with the now-defunct Shanghai International football club (and any other name that it had previously) for bribery.

The trials are the latest in a series of cases that have gone on this year in which former CFA officials, referees and one sports company were convicted and handed severe punishments for their crimes.

Football at the professional level has been trying to change its reputation as failures by the national team in qualifying for the FIFA World Cup and the Olympics have left fans in the country disappointed. China’s top authority on football seemed to be making inroads when it agreed to a multi-million yuan partnership with the Dalian Wanda Group that would see the organization use the money to invest in youth development, upgrading the league system and other football related matters.

In addition, the CFA took a big step in enhancing the professionalization of the sport by separating the football administration from league operations by establishing a council that will oversee the management of the leagues, while the CFA will continue to supervise and handle the entry of clubs.

Taking a stance against bribery and corruption in the sport is good and pushing through reform is certainly what is needed to improve the domestic game and hopefully bring more fans out to the stadiums during the Chinese Super League season. However, if the CFA and CSL want bring true professionalism into the game in China, it is vital that reforms go much further.

First, professionalism has to start within the league system itself. Since its inception in 2004, the CSL has gone through its ups and downs like any fledgling professional sports league. However, problems ranging from match-fixing and mismanagement have led to investors and sponsors from making a long-term commitment to the league.

Hopefully, the CFA’s move to allow the CSL to handle the day-to-day operations of the league will come through without any significant interference and the right people are brought in to make the league more of a corporate entity that will not only increase the level of play, it will also boost fans’ interest to head out to the stadiums. In addition, should the standard of play improve, this could lead to increased revenue, which is what investors want to see in the league. 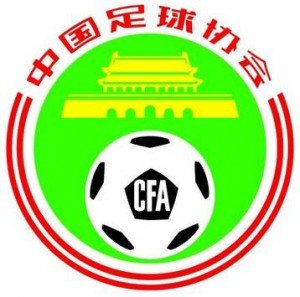 Another area that needs careful scrutiny is the financial health of clubs in the in each division. With a rapidly rising economy, many companies throughout the country are looking at the possibility of bringing top flight football to the cities where they are based. Companies such as the Evergrande Real Estate Group, the Renhe Commercial Holdings Company and Guangzhou R&F Properties are just a number of big companies in China that have invested heavily in football clubs.

While investment is much needed in a league that is still trying to raise its profile and change its reputation, there is a danger of too much money being spent by clubs, especially those with budgets not at the same level as wealthier clubs. This is a problem that many smaller European sides had to face as clubs such as Manchester United, Chelsea, AC Milan and Real Madrid started to spend an exorbitant amount of money on player transfers. This left smaller clubs to spend beyond their means in order to compete with the top clubs.

This season UEFA implemented its Financial Fair Play regulations that prevent clubs from spending more than what they have in order to bring success. The regulations should keep all the clubs in check and guarantee their existence for the long-term.

It would be in the best interest of the CSL to create their own regulations that will keep transfers and player salaries under control or else many of the clubs could see themselves follow the same fate as Shenzhen Phoenix last year when previous ownership could not pay their bills nor pay the player’s wages.

Staying on the topic of the financial health of clubs, one proposal comes to mind that is used in the German Bundesliga. Each team in the two divisions are licensed by the league based on them being financially healthy and meeting other criteria. In addition, should a club find itself in financial difficulty during the season, dock points and send a warning that if their financial house is not in order by the end of the season, the club’s license will be revoked and they will be automatically relegated to the lower divisions.

Lastly, the CSL has got to stop the movement of clubs from one city to another. Just last season the football club in Shaanxi Province was playing before large crowds in Xi’an. It was considered one of the best supported clubs in the CSL despite it not challenging for honors. However, before the 2012 season, it ended up moving to Guizhou Province before the start of the 2012 season when it was guaranteed a new stadium.

The moving of clubs is no surprise as it is a common practice among the sports leagues in the United States. However, football is a different story. A club is what represents a community. It is how people in that community identify themselves. By moving the club ownership shows a lack of commitment to that community and its supporters.

The CFA and CSL must put their foot down on this issue. Not every large market can have a plethora of football clubs and as history has proven some small markets have great places for clubs.

It would even be great if residents in a city banded together and purchased a club based on the model of the National Football League’s Green Bay Packers. In this way supporters have club that the community can rally around and not worry about a single owner who wants to move them.

Getting club football in order in China will a long, drawn-out process, but it one that needs to be done if the sport is going to eventually eliminate corruption and all the other negative aspects that hamper the game from developing. On the bright side the game does have some positive aspects such as the rivalries between some of the clubs and this will go on as long as those teams remain in their cities. This is something both organizations can build in the reform process.

Football in China has much work to do if it is to catch up with leagues in Japan and South Korea, which is trying to clean up its own corruption scandal, but it can be done if officials are truly committed to following through with the reforms that are seriously needed to strengthen it.