Down and out for Chinese clubs in the Asian Champions League 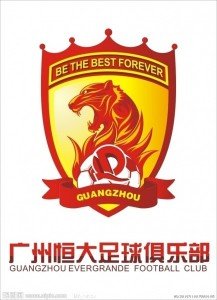 Another week of Asian Champions League action has gone by and once again Chinese clubs are on the verge of not having a presence in the continents premier club competition beyond the group stages. Fates have been sealed for two clubs, while the third has the daunting task of getting a result away from home on the last week of group matches.

First, the capital club, Beijing Guoan, confirmed their elimination from the competition with a 3-2 defeat to Korean side Ulsan Hyundai. In five matches, the team has collected a mediocre two points. However, the club may not be at all concerned about progressing in the competition as winning the Chinese Super League crown and the Chinese FA Cup are the top priority.

Meanwhile, last season's CFA Cup winners Tianjin Teda, crashed out after getting a thrashing by Australian club the Central Coast Mariners 5-1. That put them at the bottom of Group G with only three points.

As for the reigning league champions, Guangzhou Evergrande, the club that believes it is their destiny to rule Asian football, their fate has to wait until the final day as they stumbled at home to Group H rivals Jeonbuk Motors 3-1, even with a one man advantage. This is the same Jeonbuk Motors that Guangzhou whipped in matchday one 5-1 in Korea. 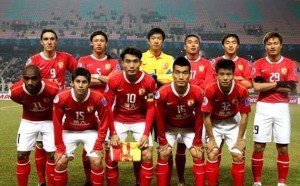 Frustrating. Guangzhou Evergrande's fate in the ACL will have to wait until the last match

Placed second in the group, the southerners have a rather tricky encounter with Thai side Buriram United at the Buriram Stadium in Thailand on May 15. A draw in that match, depending on the result between Jeonbuk and J League champions Kashiwa Reysol, could either be enough or eliminate Guangzhou. However, Lee Jang-Soo's side will be looking for a convincing win after getting shocked by the Thai Premier League champions 2-1 back in March.

Watching the fortunes of Asia's top clubs in the 45-year-old tournament, it is clear to see that South Korean, Japanese and Middle Eastern clubs have been the most dominant over the past 10 years under the current format. So, when will Chinese clubs be able to make a breakthrough?

The last time any club in China progressed deep into the Asian competition was Liaoning FC (now known as Liaoning Whowin FC) in 1990 when they won the previously named Asian Club Championship. Since that time there has not been much progress.

With new investment in clubs by some of the country's largest companies, it could come soon. Especially with clubs in Qatar and the United Arab Emirates being able to throw out money to sign any players they want, a few clubs in China might be able to compete with them. Evergrande already showed their financial muscle by signing Paraguayan international Lucas Barrios.

If Evergrande can get through to the second round, the soon to be former Borussia Dortmund striker could be one of the reasons behind the club claiming its first continental crown. However, it is too early to say what kind of impact Barrios will have when Evergrande still need to qualify.

Playing football on two fronts is never an easy task for any club no matter if they are in Europe, South America or any continent. One of the most important things that has to be done is managing the personnel and making sure they are not burned out from playing too many matches. This is an issue that Evergrande's manager Lee Jang-soo came to realize early on in the season.

Perhaps clubs will look at expanding their rosters even further to deal with an increased amount of football being played, thus giving their top players ample time to sit out some matches. However, some of the top clubs may not want to sacrifice their standing in the league just for glory in Asia.

A club in China will eventually lift the ACL trophy. However, it is a matter of what has to be done to get to that next step.