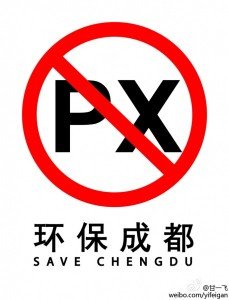 An interesting Xinhua report looks at football development in Chengdu, Dalian, Guangzhou and Qingdao, four of the five designated “Football Development Test Cities” program (the other is Wuhan) initiated in December 2012 by the CFA.

In Chengdu’s case, Gu Jianming, party secretary of the city’s football association, said the govt will set up “development funds” and “make district governments responsible for pitch planning and construction.” By 2015, the city plans to “add 120 new pitches and raise 10 mln rmb each year to develop the sport.”

I had the pleasure of living in Chengdu’s Jinniu district in the past year, and played football on a semi-regular basis. There are new indoor places sprouting up organically like the No.66 Football Factory near Changyi Rd in Wuhou district, but there’s surely a need for grounds elsewhere. But I’d appreciate if the government come up with a plan to utilize the playgrounds at schools before construct more.

But overall, my problem with the city is not so much in infrastructure, but the air we breathe. While the media attention is on Beijing and Shanghai most of the time, air quality in Chengdu just gets worse every year. In the latest Annual Report of Environment Development in China compiled by Friends of Nature, a Beijing-based NGO, Chengdu was listed fourth in the most polluted cities ranking.

In the last ten years, Chengdu has been at the forefront of China’s urbanization. With a population of over 14 mln, according to the official account, the city now has more than 3 mln registered automobiles, second only to Beijing. But worse than in the capital, discussions on environment issues are constantly silenced on microblogs and seldom discussed in local media.

In a recent interview with Sport Illustrated China, Xi Shan, a Chengdu-based writer and former journalist, said he was “summoned to local public security bureau for three times and invited to ‘drink tea‘ with security officers” for his online statement against the city’s perennial construction.

“The city government consider citizens’ environmental concerns a disruption of social order,” said the 43-year-old. “They don’t have any respect for voices from the grassroots.”

Xi Shan and his colleagues’ concern doesn’t end with Chengdu’s common scene of demolition and construction, which he considered one of the main reasons of its air pollution.

“Things could get a lot worse once the petrochemical plant has its way,” said Xi Shan, referring to a multibillion dollar project backed by PetroChina.

Hundreds of Chengdu residents took to the streets in 2008 to protest against the plant’s construction in Pengzhou, about 40 kms from the city center. The project was put on hold by the earthquake in Wenchuan in 2008, but with the construction now finished, the plant could start operating at any day.

The city government are taking every measure to make sure it goes smoothly. On Monday, a netizen was taken away to local public security bureau for hours for speaking against the project online. Some microbloggers said there has been community officers asking whether they would “take a walk” because of the project.

“We are considering leaving the city that we lived for nearly 20 years,” said Xi Shan, “If there’s no going back for the plant, we have no other choice but move out.”