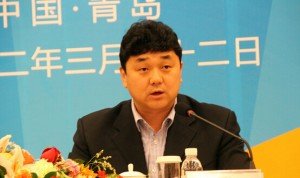 The Yangtze Evening News, a Nanjing-based newspaper under Xinhua, reported yesterday that at least 10 referees are involved in a match-fixing investigation in Chinese football.

“From the information gathered, at least 10 referees are involved in the investigation. Some of these suspected ‘black whistles‘ are well-held names in Chinese football, and at least five of them enjoy a respectable status in the footballing circle. The games they have officiated are across the Chinese Super League, China League One and Yi League” the paper reported.

The latest investigation first targeted at Wang Bin, head of Qingdao Football Association in Shandong Province, as Mr.Wang was shuangguied for graft investigation since April 25.

It was reported that Wang Bin admitted taking bribes and confessed his knowledge in match-fixing and betting cases in Chinese football,  suspected fixed games ranging from last season’s in China Yi League, a third-tier league, to that of 2014 season’s China League One. At least three to four matches concerned are also related with betting.

Compared with the football crackdown in 2009, match-fixing scheme was reportedly more organized and sophisticated this time than before. A team’s yearly spending in bribes for referees and opponent players could pile up to RMB 2-3 mln.