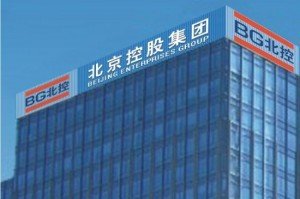 It’s not official yet but Beijing Enterprises Group is close to complete the purchase of Chongqing Fly Dragons (重庆翱龙), a newly-promoted team to the CBA, China’s top division basketball. And reports suggest the team, if successfully sanctioned by local sports bureaus, may share MasterCard Center as their home court with the Beijing Ducks, the CBA champions.

It’s no secret that Beijing Enterprises Group has been craving to enter basketball. Back in 2013, Beijing Enterprises reached an agreement with Wang Xingjiang, the owner of Shanxi Brave Dragons, a coal-city based team better known as ‘Shanxi Zhongyu (山西中宇)‘  to Chinese sports fans.

According to media reports, Beijing Enterprises completed the purchase of the club. But the deal was later blocked by Shanxi Sports Bureau, who feared that a departure of the Brave Dragons would leave them nothing to brag about in their annual report. The takeover shenanigans lasted for months and Beijing Enterprises was forced to sell. The team was then taken care of by a local liquor producer.

In September 2014, Beijing Enterprises ventured into football by taking over Beijing Baxi FC in China League One, the 2nd-tier league in the country. The team recruited players and coaches with Beijing elements, such as former Beijing Guoan coach Aleksandar Stanojević and player Yang Chen, but had not been able to attract a decent crowd so far.

Much like Beijing Guoan, Beijing Enterprises FC showed little interest in acquiring sponsors, but more into showcasing its subsidiaries like Yanjing Beer and Sanyuan Diary through shirts and pitch-side boards of their sports teams.

Chongqing Fly Dragons only managed to win 4 out of 38 games in their maiden CBA season. While making the team stronger maybe task no.1 for the new management, you can’t expect Beijing fans to show up by just calling it a Beijing team.

Many may ask whether playing at the MasterCard Center make sense from a business standpoint. But what if it’s not a decision based purely on sports business?